Ruger, a popular Afrobeat artist, has slammed Dj DimpleNipple, a budding disc jockey, for claiming to have been invited to a hotel for a work event with Dprince.

This came after the disc jockey chastised Dprince for starting a business meeting in a hotel as a veiled sexual gesture toward her.

Ruger responds by mocking Dj DimpleNipple for distorting the story to indicate something more than a business encounter. 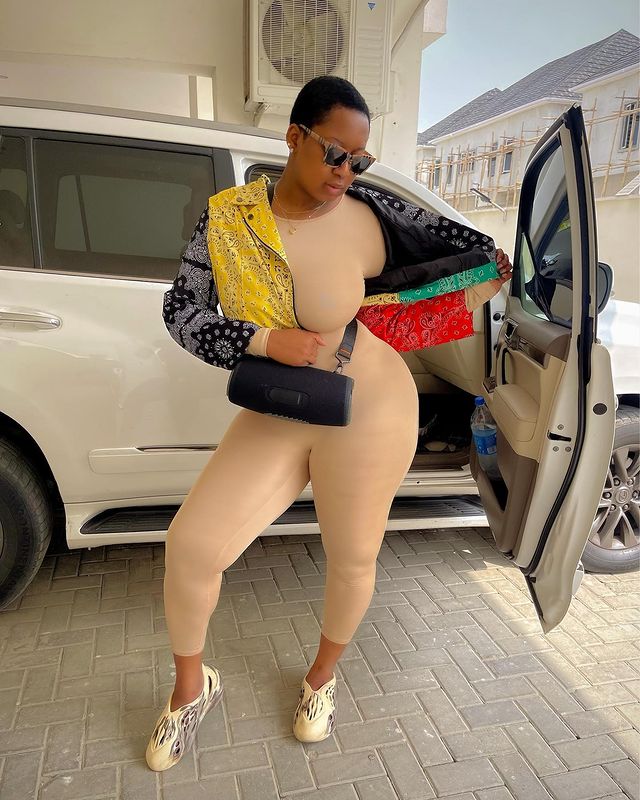 “You are the epitome of a bitch and a jerk, and we’re going to utilize legal action to deflate your putrid yansh hediat.”

“You don too do hook up hook up sotey dem call you for serious meeting you still think say na hook up,” he added. 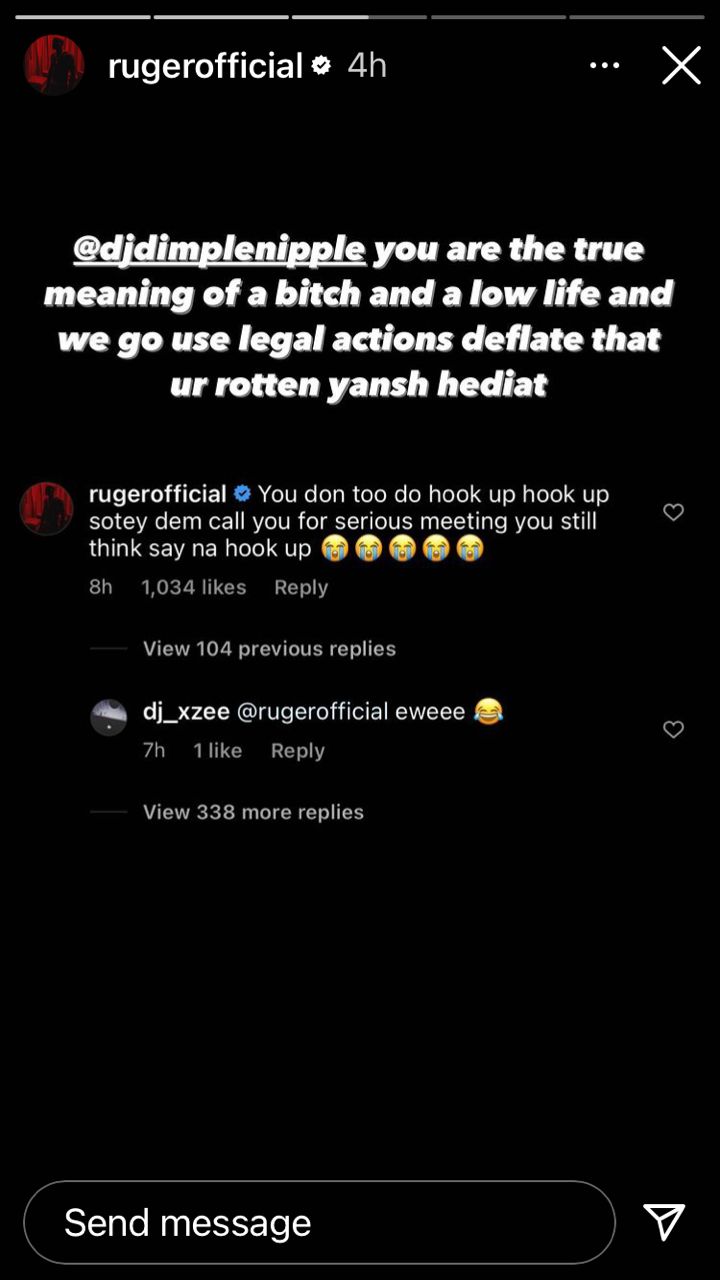 Following the ongoing faceoff between popular Nigerian dancer, Korra Obidi and her ex-husband, Justin Dean the dancer has released bedroom...

Big Brother Naija star, Kiddwaya has taken to social media to lament over an incident he encountered that led to...

More details about the alleged marriage crisis between Nollywood comic actress, Funke Akindele and her husband JJC Skillz has surfaced...

Poplar and Veteran Nollywood actress, Ini Edo, has thrown a big party to mark her 40th birthday. The thespian who...

Revealed: Shocking reason why Liquorose and Emmanuel broke up

The alleged reason why BBNaija stars, Liquorose and Emmanuel ended their relationship has surfaced online. This is coming days after...

A viral video has captured the moment Nigerian raving singer, Portable flaunted huge foreign bills while also revealing that he...

Wizkid becomes the only African artist on the list of most awarded male artists of the 2020s decade, makes top 10 (See List)